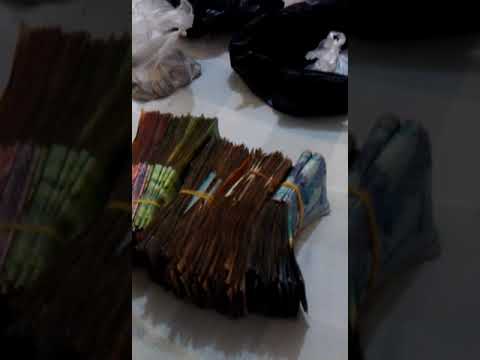 Welcome to the Biweekly Geopolitics Thread, where you can discuss all the interesting things that have happened across the world. Did your favourite singer win a Grammy? Did your favourite sport just have a major event? Is Kim Jong-Un still around? Discussion topics do not have to be related to India - yes, we too can comment on countries that we barely know anything about! Here are a few items to get the conversation started:

1. Pak close to securing IMF deal
Despite money from allies Saudi Arabia and the UAE, and possibly also from China, Pakistan is still going to the IMF for a bailout package that, as PM Khan said, will include some tough reform measures. Pak is asking for a loan as forex reserves stand at $8 billion (less than 2 months of imports) and growth is slowing. Bond rating companies have further downgraded Pakistani bonds on fears that the country will be unable to repay its massive debt. In addition, local banks that deal heavily in government debt have also been recently downgraded, making it harder for them to get credit from the international market.
2. Iran marks 40th anniversary of Islamic Revolution
In 1979, Ayatollah Khomeini led a revolution in Iran that toppled the Western-backed Shah's regime and established the Islamic Republic. Iran marked the 40th anniversary of that event with a series of events, including a national speech by the President Rouhani, whose authority is subordinate to that of the Ayatollah, where he vowed to build Iran's military capabilities in the face of a American opposition and sanctions that have crippled the economy. The head of the elite Iranian Revolutionary Guards Corps (which is a US-designated terrorist organization) also vowed to continue Iran's military interventions across the region, saying "We will help any Muslim anywhere in the world."
3. Thai princess barred from contesting upcoming elections
In a surprising turn of events last week, the sister of the Thai king, Princess Ubolratana Rajakanya Sirivadhana Barnavadi, filed her papers to content in the upcoming national elections, the first to be held since a military coup ousted the previous civilian administration in 2014. And to make matters worse, she filed her nomination with the Thai Raksa Chart party, which supports the former ousted Prime Minister Thaksin Shinawatra. Now, the country's election commission has rejected her nomination, ostensibly to keep the royal family above politics. What's more, the party could face a ban for breaking a law that requires politicians to avoid using the monarchy for political issues. A ban on the party could give more power to the military-backed government that is looking to win the election. The military already nominates one-third of legislators as per a new Constitution.
​


Top stories from the world:

1. Russia plans new missiles after both sides withdraw from INF Treaty
After the US pulled out of the Cold War-era Intermediate-range Nuclear Forces (INF) treaty, Russia did the same and has now vowed to developed new intermediate-range nuclear missiles (500-5,500 km range). The treaty was originally signed to prevent nuclear annihilation of Europe by Soviet nuclear weapons, but the US has accused Russia of violating the treaty in the last few years. However, many commentators believe that the real reason the US withdrew from the treaty is so that it could develop new missiles to target China's eastern seaboard from Japan, Korea, Taiwan, and Guam. China is not part of the treaty and already has intermediate-range nuclear missiles, and the Trump administration has previously said that it would want a new treaty to include China.
2. Venezuela's military blocks road to prevent aid from entering country
Venezuela plunged deeper into crisis as the military, which officially backs President Maduro, blocked a major bridge into neighbouring Colombia to prevent a shipment of aid from entering the country. He was condemned by opposition leader and presidential claimant, Juan Guaido, who wants to use the aid to undermine Maduro and force him to leave office. Most neighbouring countries, European countries, and the US recognize Guaido as the interim president pending free elections. Maduro, on his part, claims that there is no humanitarian crisis in the country and that the aid is akin to a US military invasion. "We are not beggars," Maduro said.
3. 'Miss Curvy Uganda' sparks outrage
Like every country, Uganda wants to promote tourism. However, a private initiative backed by the country's tourism minister has sparked an outrage. 'Miss Curvy Uganda' is a planned beauty pageant for "plus sized women" to encourage tourists to come and see Uganda's beautiful women. This is part of the tourism ministry's plan to add 'curvy and sexy women' to official literature as one of the many attractions in the country. However, women's right activists and the country's ethics minister have condemned it, stating that it objectifies women and normalized sexual violence. Calls for cancelling the event and firing the tourism minister continue to grow.
​

(A new feature to educate the sub on critical people and events that shaped history)
In 1956, Egyptian President Nasser (one of the co-founders of the Non-Aligned Movement along with Nehru, Tito, and Sukarno) nationalized the Suez Canal, setting off a crisis with France and Britain that wanted to retain control over it, as well as Israel, which Egypt was blockading since it was founded. In October 1956, Israel, France, and Britain invaded Egypt. Aside from ensuring continuing shipments of oil, the British had an additional reason to fight: to continue to have speedy access to its colonies East of Suez, even though its largest and most important colony there (India) had achieved independence. The French blamed Nasser's Arab nationalism for stoking an independence movement in Algeria, while Israel wanted to strengthen its position on its southern border and gain shipping access via the Straits of Tiran in the Red Sea.
The invasion was a quick military victory for the British, French, and Israeli forces, but not before Egyptian forces damaged the canal and prevented its further use. However, it was a diplomatic disaster for those countries. US President Eisenhower condemned the attack on the grounds that he could not condemn the ongoing Soviet invasion of Hungary while being seen to accept the invasion of Egypt. He also threatened to sell millions of pounds of British bonds to undermine their economy. The Soviet Union also condemned the invasion as it was trying to gain favour of the Muslim world (indeed, hundreds of thousands protested against the invasion in Lahore). At the UN, the General Assembly passed a resolution against the invasion and established the UN Emergency Force (UNEF) to bring a stop to the fighting, the first peacekeeping force established by the UN. Saudi Arabia also started an oil embargo against Britain and France (it never traded with Israel anyway).
In the end, Egypt won the war, with the UN, US, and USSR recognizing its sovereignty over the Suez Canal. Israel gained marginally as it restored trade through the Straits of Tiran, which Egypt had closed since 1950; it also saw a period of peace with Egypt as the UN force stopped fighting in the Sinai. For Britain (and to a lesser extent France), it marked the end of its global empire as it was humiliated and forced to withdraw. In subsequent years, all remaining large colonies East of Suez gained independence. Canada's Secretary for External Affairs Lester Pearson, who went on to become its Prime Minister, won the Nobel Peace Prize in 1957 for spearheading UNEF and thus creating the modern concept of a peacekeeping force.
The Suez Crisis also shaped Indian foreign policy, and was marked as a success of the Non-Aligned Movement in opposing imperialism while also protecting India's economic interests (India was one of the top users of the Suez Canal). Indian representatives participated in negotiations on the crisis (including representing Egypt at a peace conference that the country had officially boycotted) and Indian troops participated in the UNEF force, our first such participation as a sovereign republic in a foreign military crisis.
​
What events in the world caught your attention? Share it with the sub!
वसुधैव कुटुम्बकम्

The Ugandan Shilling (UGX) exchange rates represented on this page are live, updated every minute within the forex market's trading hours of 22:00 Sunday through 21:00 Friday GMT. UGX: 1 UGX = Inverse: 0.0003 3703.56: 0.0002 4303.5377: 0.0002 4729.4483: 0.0285 35.0809 Forex rates bank of uganda smart money uganda currency 12 things to know money shillings and costs equity bank uganda forex rates comesa member countries currencies ugandan shilling wikipedia bank of uganda kl standard finance forex rates bank of uganda smart money. Uganda Forex Rates Often, the rate at which certain currencies trade against others is determined by issues like political stability, level of employment, interest rates, inflation and the level of economic activities in a country. International currency such as the US Dollar, British Pound and the Euro are the base for foreign exchange in ... Forex trading in Uganda -FXU-Inform # Educate # Empower. Introduction: Forex stands for 'Foreign Exchange'. Forex trading is the trading of currencies one against another in pairs.

Why Uganda, Tanzania have banned exchange of their currencies with Kenya Shillings